Been wondering who will lead GLA in 2014?  Check out the candidates before the ballot arrives! 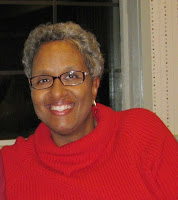 Lace is a recent graduate of the Leadership Newton Class of 2013, a graduate of the Library Leadership Institute at Snowbird, Class of 1999 and a graduate of the Leadership Worthington Class of 2001. She has served as Public Library Division chair of the Georgia Library Association in 2007, a member of the ALA Ken Haycock Award Jury 2009, ALA Greenwood Publishing Award Jury 2008, ALA Council Member at Large candidate 2004-2005, and chair of the Demco Merchandising Grant Jury for the Public Library Association 2002. Lace also served two consecutive terms on the ALA Reference and Users Services Association/Management and Operation of Users Services Section (RUSA) 1999-2003 and on the Ohio Library Council Annual Conference Program Planning Committee, 2004, OLC Annual Conference Local Arrangements Committee 2002, OLC Diversity Awareness and Resources Committee 2004-2005, and the OLC Library Futures Initiative Communications and Marketing Task Force in 2005.

Lace’s hobbies include, reading on her iPad, (Paddy), watching movies and spending way too much time baking cupcakes and cookies. 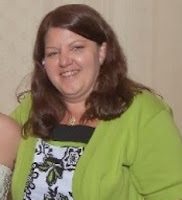 Kathy Pillatzki is Assistant Director and Head of Collection Development and Reference Services for Henry County Public Library System. She holds a Bachelor of Arts from Johnson University and a Master’s degree in Library and Information Studies from Clark Atlanta University. She began her career with HCLS in 1995 and spent 10 years working with children and young adults before accepting an administrative position in 2005.

Within GLA, she has served on the Scholarship Committee, and as chair of the Intellectual Freedom Interest Group and the Collection Development Interest Group. She has also been a frequent presenter at COMO. She writes a weekly newspaper column about all things library-related, and has contributed book reviews to Georgia Library Quarterly.

Kathy is also cross-trained as a cataloger, and last summer was part of the team that cataloged the contents of the library in the Georgia Governor’s Mansion.

In her spare time, she enjoys the outdoors and managing an active family which includes her husband Dan and four nearly-grown daughters, two of their own and two long-term exchange students from Germany and South Korea.

She appreciates the many professional development opportunities that GLA membership has provided throughout her career, and looks forward to serving GLA with an emphasis on fostering public awareness of the vital roles libraries of all kinds play in our communities.

Karen Manning is a Metadata Specialist in Scholarly Communication and Digital Curation at Georgia Tech where she assists with the development, implementation, managing and maintenance of digital collections. Karen has over 30 years of progressive experience working in libraries in a variety of public service, technical and administration roles. Actively involved in GLA, Karen has chaired the Paraprofessional Division several times, where her goals have been to help the advancement of support staff and paraprofessionals, by promoting continuing education opportunities, getting them involved in professional organizations and introducing them to resources that will help develop skills and gain library related knowledge. Karen also serves on the Awards, GLA Store, and Scholarship committees. Karen spends her extra time volunteering in community public school libraries/media centers and holding book donation drives to help create and stock bookshelves for shelters and community organizations.

Karen’s studies are focused on Digital Technologies and Archival Management. She looks forward to advocating for and encouraging participation and involvement in the profession, furthering the mission of libraries and librarianship. 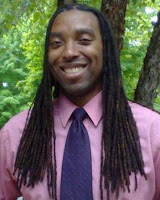 Jay Turner is the director of Continuing Education and Training for Georgia Public Library Service, meeting the training needs of 61 public library systems throughout the state of Georgia. He began his public library career at the age of 16 as a shelver for Dekalb County (Ga.) Public Library, and over the past 17 years has served Georgia’s public libraries in multiple capacities: assisting customers on the front lines, troubleshooting technology behind the scenes, and working with administrators to plan and develop comprehensive training for public library staff in a myriad of roles at all levels.

Jay is the current chair of PLA’s Leadership Development Committee. Past PLA and ALA committee work has included service on the Communities of Practice Task Force (2009–2012), Continuing Education Advisory Group (2010-2012), PLA 2012 National Conference Program Subcommittee (2010–2012), and CLENE/ LearnRT Communication and Marketing Committee and Executive Board (2009–2011). He was recognized as an ALA Emerging Leader in 2008, and this year was the recipient of WebJunction’s Pat Carterette Star Award for leadership and innovation.  He lives with his wife (a fellow librarian) and four children in Lilburn, Georgia. 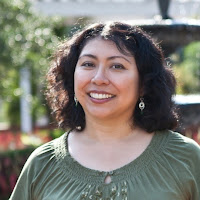 Sandra is liaison to the Department of Psychology and the Division of Academic Enhancement. She is based at the Miller Learning Center, an information commons setting. Sandra is one of the team of UGA Librarians who provide chat reference service, along with traditional reference. She also serves as the embedded librarian in a semester-long, documentary class.

Sandra loves to collaborate and organize, and finds a great deal of satisfaction in committee service. She currently is Chair of the UGA Libraries Faculty Advisory board. The Board members serve as a liaison between the Libraries’ Faculty and the University Librarian, discussing matters concerning the Libraries’ mission and goals, and issues pertaining to the Libraries’ Faculty governance and welfare. The Board Chair appoints ad hoc committees to research and address concerns as necessary.

She has 15 years of experience in academic libraries at both public and private institutions: Campbellsville University, Middle Tennessee State, and Vanderbilt Divinity. She has been in Georgia, at UGA, for 5 years, and has been pursuing greater involvement with the Georgia Library Association.

Sandra is currently Chair of GLA’s Reference Services Interest Group (RSIG), and sees her role to encourage opportunities for new faces to become involved in RSIG’s programming for COMO conferences. She regularly attends COMO and Midwinter Planning meetings, and welcomes the opportunity to serve on the Executive Board as Secretary.