After earning an MLS from Florida State University, Fred Smith began his career as a reference librarian at Columbus State University in March 1977. He added interlibrary loan (ILL) to his duties soon after. Later at Columbus, Fred served as periodicals librarian and circulation librarian. In 1986 he moved to a reference librarian position at Georgia Southern University and also served as interlibrary loan librarian. In 1992 Fred became head of access services at Georgia Southern, taking ILL with him. He has served in that position ever since. His department is responsible for circulation, shelving, reserves, overnight service, late night weekend service, interlibrary loan, document delivery to faculty, and document delivery to distance learners. He supervises seven people directly and eleven more indirectly, not counting student assistants.

Fred Smith has over thirty professional publications and has presented in some fashion at COMO for most of the last nineteen years. Twenty-four hour service and promotion and tenure are the two topics he has written and presented on the most. Fred has given two invited presentations and has written a column since 2002 for the Journal of Access Services on all aspects of access services. In 2005 his paper “Tenure and Promotion: How University System of Georgia Librarians Rate What We Do” was awarded Outstanding Paper by GLA’s Academic Library Division.

At Georgia Southern, Fred has served as a faculty senator several times and has served on most of the committees of the senate. He chaired the Faculty Development Committee for two years. The Faculty Development Committee is responsible for awarding over $100,000 in travel and development money to faculty and chooses the recipient of the annual Award of Excellence in Teaching for the University. He considers his biggest Georgia Southern assignment as chairing an ad hoc committee appointed by the president to update the University Statutes. He also chaired the Faculty Welfare Committee for two years. In that role, Fred worked closely with the provost to design a five year review of deans. Last year he received the Henderson Library’s Service Award and was promoted from associate professor to professor four years ago.

Fred attended his first Georgia Library Association Conference (pre-COMO) in Savannah in 1978 and has since attended all GLA Conferences or COMOs except one, which was held a short time after a death in the family. His first office in GLA was chairing the Interlibrary Cooperation Roundtable in 1987, and he has chaired the Circulation and Access Services Interest Group several times. Fred has served as secretary, vice chair, and chair of the Academic Library Division and was GLA secretary in 2002–2003. He has also held several offices in the Southeastern Library Association. Fred was a member of the GUGM Planning Committee for six years, the longest of any member, and has gained experience at planning a conference when he chaired the GUGM Planning Committee in 2008.

Fred believes that GLA has served him well all of these years, and he would welcome the opportunity to serve you as first vice president, president elect.

Elijah has worked in libraries for twenty years, beginning as an assistant at the University of Tennessee Hoskins Map Library. His first professional job after completing graduate school was as cataloger at the Ina Dillard Russell Library at Georgia College & State University, where he later served as coordinator of reference services. He then worked as coordinator of reference services at the Augusta R. Kolwyck Library at Chattanooga State Community College. He has worked at Georgia Highlands College since 2010.

When not travelling among the five campuses of Georgia Highlands College, or to various meetings around the state of Georgia, Elijah enjoys spending time with his wife, Nicole, and their big, white fluffy Samoyed, Qannik. His hobbies include gardening, travel, and working on antique cars.

Ashley Dupuy is currently the director of research and instructional services and librarian associate professor for the Kennesaw State University (KSU) Library System. She manages a team of librarians and paraprofessionals who coordinate reference services, undergraduate instruction, distance learning initiatives, and the undergraduate faculty liaison program. Previously, she served as coordinator of undergraduate library instruction for the Horace W. Sturgis Library at KSU. Before coming to Kennesaw State she worked for two years in the Atlanta-Fulton County Public Library System.

Prior to completing her MLIS at the University of Alabama, Ashley worked for fifteen years in the marketing and advertising industry. She has extensive experience in business management, project management, and account services. She has worked for advertising agencies (most recently Target MarkeTeam) at companies like Delta AirLines, and with many large clients such as the American Diabetes Association, Blimpie International, UPS, American Express, and Susan G. Komen for the Cure. Ashley also has a bachelor of science in economics from the University of Pennsylvania and is pursuing an MBA from Kennesaw State University.

Ashley is very involved in GLA and has been since the start of her library career. She has served as chair of the Atlanta Emerging Librarians Planning Committee, chair and vice-chair of the New Members Round Table, chair of the Scholarship Committee, treasurer of GLA from 2013 to 2015, and treasurer of COMO in 2014. She is currently one of three members of the Carterette Webinar Team. In addition, she received the McJenkin-Rheay award in 2012, which is given to a librarian early in his or her career who has made outstanding contributions to the Georgia Library Association.

Sarah is currently director of library services at Smith, Gambrell & Russell, LLP. She has been a law librarian since 2003 and has worked for firms in Texas, Nevada, and Georgia. She is very active in library professional associations, serving in local and national leadership roles. She is also a frequent speaker and writer on issues including law firm librarianship, law school/law firm partnerships for practice-ready graduates, innovative training models, infographics and data visualization techniques, and how law firm librarians can support Access to Justice programs. Sarah also has experience in archives, working for a summer at the Jimmy Carter Library and at the Lyndon B. Johnson Library during graduate school. She was also a public librarian for six months at the Westbank Community Library in Austin.

Sarah earned a BA in letters, summa cum laude, with a minor in management information systems from the University of Oklahoma in 1999 and an MLIS with an endorsement of specialization in law librarianship from the University of Texas at Austin in 2002. She is also a graduate of the Leadership DeKalb class of 2013.
A proud Atlanta native, Sarah lives one mile from her childhood home with her husband, Ryan, and three orange cats. In her spare time she enjoys baking, sewing, doing just about anything with yarn, spectating at just about any sporting event, volunteering in the community, and reading nonfiction of all kinds.

Jean Cook is an instructional services librarian at the University of West Georgia. She holds bachelor degrees in physics and math as well as master degrees in library science and computer science. She worked in the Cobb County Public Library Systems and Southern Polytechnic State University’s Horace W. Sturgis Library before coming to the University of West Georgia in 2007. There she serves on faculty committees, liaises with academic departments, and teaches a semester-long for-credit course. She has published in the Georgia Library Quarterly and the Association of College & Research Library’s (ACRL) peer-reviewed journal College & Research Libraries, as well as written a number of book reviews for various publications.

Jean has taken a leadership role in Georgia libraries. She served three years organizing the Atlanta Area Bibliographic Instruction Group annual conference as vice president, president, and past-president. She has been chair of the GLA Awards Committee for several years. This year, she is serving as the Georgia COMO program chair. She also coordinates the Western Regional Bowl of the Helen Ruffin Reading Bowl in conjunction with media specialists and English teachers across the state and volunteers regularly with academic bowls across the Atlanta area. 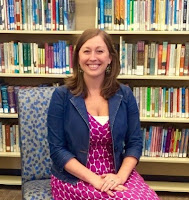 Geri Lynn Mullis is the Marshes of Glynn Libraries director in Glynn County, Georgia. Her love for libraries first began as a youth volunteer at the Greenville County Library System in South Carolina. She received a BA in history from Winthrop University (Rock Hill, SC), and a master’s in library and information science with an emphasis in youth services from the University of South Carolina (Columbia, SC). After graduate school, Geri began her professional career as a children’s librarian at the Gaston-Lincoln Regional Library System in Gastonia, North Carolina. She continued her professional growth working at three different library locations within the Charlotte Mecklenburg Library in Charlotte, North Carolina. In 2010, Geri moved to the Georgia coast when she was hired as the assistant to the director for regional services for the Three Rivers Regional Library System. In July 2013, the public libraries in Glynn County broke off from Three Rivers, and Geri was hired as the director for the new public library system.
Geri has been a member of GLA since moving to Georgia, presented at the 2011 COMO conference, and has served as the parliamentarian on the 2015 and 2016 GLA Executive Board.

When not working at the library, you can find Geri and her husband catching waves with friends off St. Simons Island and reading good books.