A GLA Sendoff and Thank You to Oscar Gittemeier 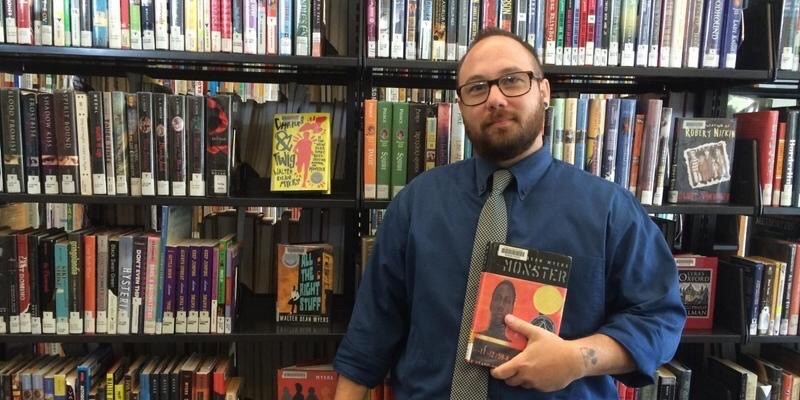 If you’ve spent any time involved in GLA activities in the past decade, you’re probably familiar with Oscar Gittemeier. He has played a pivotal role in GLA since joining in 2011, and his absence will be felt when he departs for his new position as the director of library services at the Teton County Library in Jackson, WY.

While you may know Oscar from his most recent role as 2020 vice president/president-elect of GLA, he has worn a number of hats over the years, including vice president for Membership, co-chair of the Atlanta Emerging Librarians, and chair of the Reference and Instructional Services and PACE interest Groups. He credits his initial involvement with GLA in 2011 to the support and encouragement of his manager at the East Atlanta branch of the Atlanta-Fulton Public Library, Kenneth Wayne Thompson. “He was a manager who really supported his staff 120%,” Oscar says. “He made you feel appreciated every day – always supporting staff and connecting us to professional development opportunities.” Thompson encouraged him to apply for a Beard Scholarship and get an MLIS to pursue librarianship as a full-time career.

In turn, Oscar has also inspired others to participate in GLA and embrace their strengths as librarians. Catherine Manci from the Georgia Tech Library says:

Oscar is a huge part of why I got involved in GLA. Oscar immediately made me feel welcome at GLA, and he made me feel like a “real” librarian when I was new and experiencing some impostor syndrome at GLA events. One of my favorite things about Oscar is that he makes everything that he is involved in fun, and I think we will all really miss the joy that his presence brings to the Georgia Library community.

Oscar also played a pivotal role in supporting the Scholarship Committee that originally awarded him the Beard Scholarship in 2011. One of his proudest accomplishments at GLA has been spearheading the Libraries Are Such a Drag calendar fundraiser, with all proceeds donated to the Beard Scholarship. The calendar features photos of patrons in their best book drag, posing with their favorite book and expressing their appreciation for libraries.

Beyond raising money for a good cause, Oscar was also proud of how the fundraiser challenged traditional stereotypes about librarians and the profession. “Libraries have this starchy image,” Oscar says, “but really, librarians are the coolest people – we’re creative, we’re expressive – we’re a scrappy profession.”

Oscar’s energy and creativity also found expression through another GLA project: organizing the annual Georgia Library Conference karaoke nights that were the highlight of many a GLC experience. Meeting for karaoke gave GLC attendees the chance to unwind after a long day of conference activities in a relaxed environment. “Everyone would come to karaoke, from directors to front-line staff,” says Oscar. “People got to see their boss get up and do karaoke. It breaks down these hierarchical barriers, and it gave people a way to genuinely connect outside the workplace in a real way.”

Oscar’s love and passion for libraries is truly inspiring.  His belief in borderless libraries and library outreach was on full display with the work he did at the Fulton County Library System, as well as his work with GLA.  I am really sad that GLA will be losing such a great voice for our profession and what it means to be a librarian.  More selfishly, he hosted the best conference karaoke nights and librarian pool parties, and I’m going to miss those.  I wish him awesome success in such a beautiful part of the country.

He is always enthusiastic and open to new ways to collaborate: he coordinated on-site outreach visits at both my current and previous employers. He has a wonderful attitude at all times and truly loves to serve others. He’s been an inspiration to me as a new member of the community of professional librarians.

Oscar looks back on his past nine years with GLA with great fondness. “This is where I cut my teeth,” he says. “GLA changed the entire trajectory of my career and fundamentally shifted what I could do and accomplish, because it connects the whole state together and makes us stronger information professionals. I’m going to miss it so much. People should really come visit me – please pop in the library whenever you’re in Wyoming to say hi!”

One Librarian’s Experience Working at the COVID Vaccination Site
September 28, 2021