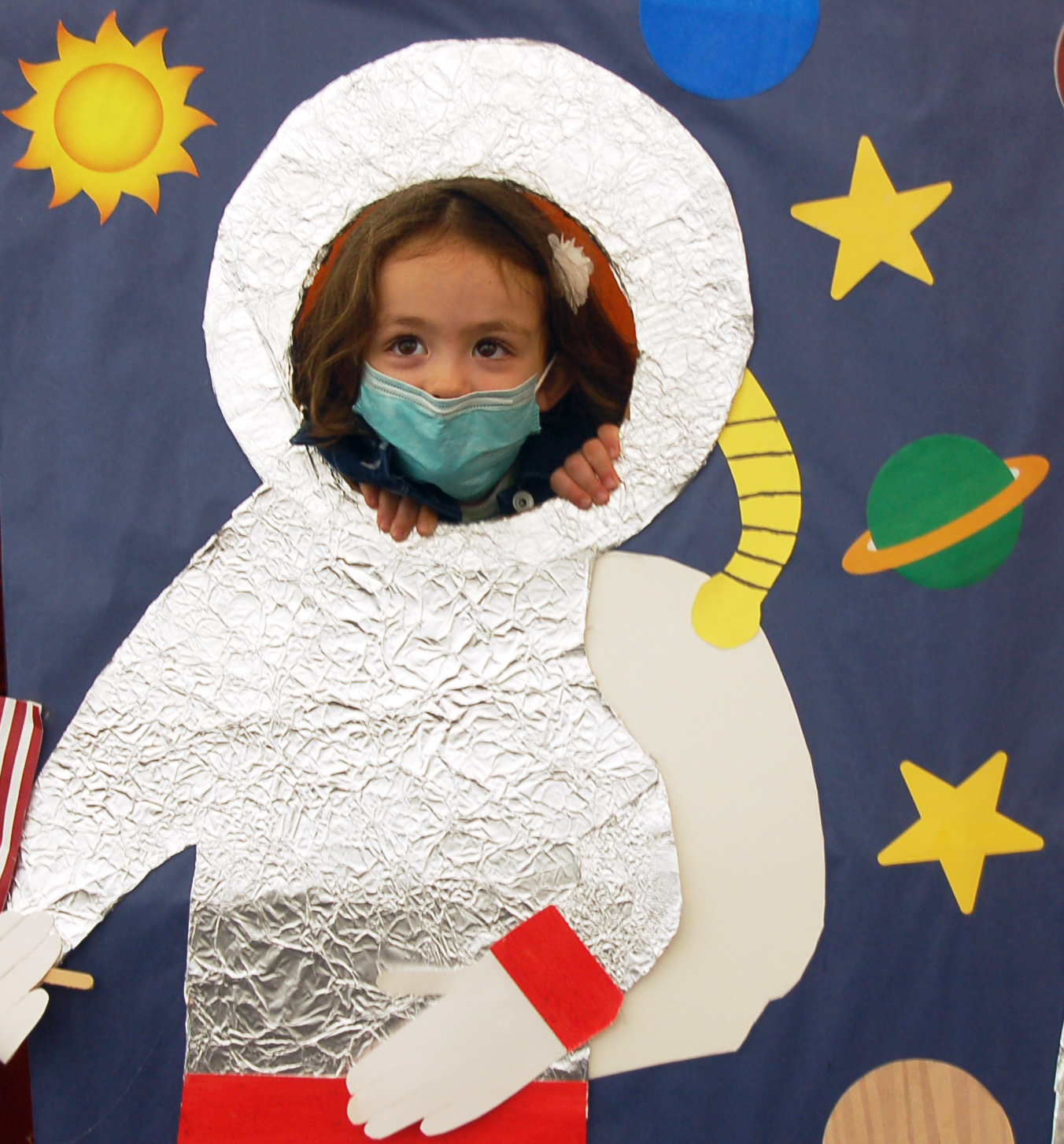 Live Oak Public Libraries was selected as one of almost 500 locations across the country to celebrate the launch of the James Webb Space Telescope (Webb or JWST), NASA’s next great space science observatory.  Rincon Library and other locations across our library system offered a range of programs to bring the excitement of STEAM (science, technology, engineering, arts, and math) to children and the community.

In the Spring of 2021, library staff applied and were accepted to be a NASA partner site.  The team began planning programs to spotlight the once-in-a-generation event of the Webb Telescope launch and to spark ongoing interest in STEM/STEAM-based learning opportunities at the library.

Throughout October and November, libraries facilitated opportunities to explore space, science, and the universe.  Activities included take-home STEAM project kits, virtual maker programs, and online Space Storytimes with NASA astrophysicist and subject-matter expert Antara Basu-Zych.  In December, Rincon Library hosted a space-themed art program in which attendees created out-of-this-world art projects that remained on exhibit at the library throughout the month of January.

Also in December, Live Oak Public Libraries took part in Beanstack’s national “Look Up! The James Webb Space Telescope Challenge” sponsored by NASA@ My Library.  The program encouraged all ages to read, enjoy virtual activities, and learn more about the JWST.  With the telescope launch occurring later in the month, libraries hosted watch parties and streamed live coverage of the event.  The reading challenge was also well-received.  Live Oak Public Libraries was named the Grand Prize winner with most participation across the country.  We received STEAM-resource backpacks that can be checked out at any of our library locations.

Libraries partnered with local schools and homeschool families to further inspire the community.  A public school parent told Rincon Library staff that their child had just started studying about space in class, and the Space Storytimes reinforced what they were learning.  A homeschool family said they were using the program as a “jumping off” point for the space unit they were about to start.  The library also built a dedicated webpage with Webb Space Telescope community initiative events as well as links to additional resources for parents and educators.

This February, Rincon Library was again chosen as a community partner—this time to display a tactile panel of the Pillars of Creation, an iconic image captured by the Hubble Telescope. The panel can assist the visually impaired in experiencing the shape of the pillars, matching what can be seen in the two-dimensional image with the addition of three-dimensional information.

The first images being sent back to NASA from the Webb Telescope are anticipated in the Summer of 2022.  Rincon Library is planning events to share those images and videos as well.  This will provide another unique opportunity for communities to engage in conversations about our understanding of the universe.

To learn more about the Webb telescope, visit webb.nasa.gov.