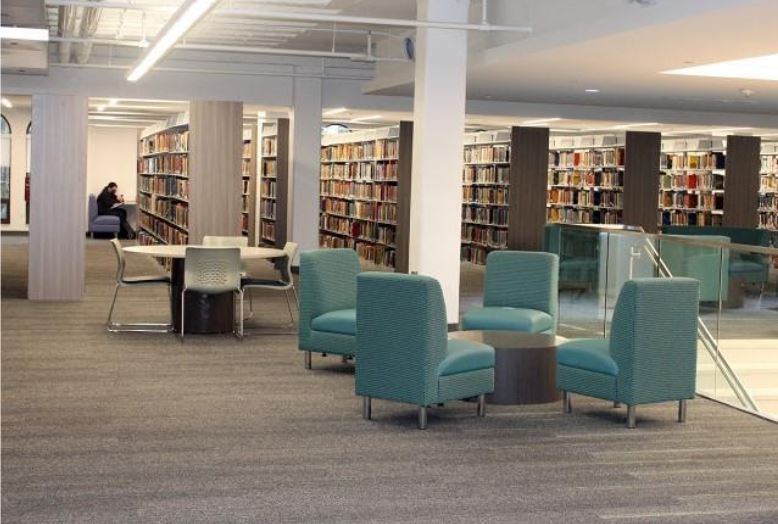 The Roberts Memorial Library opened its doors in 1965 and was named after Dr. Lucien E. Roberts, the president of Middle Georgia College from 1950-1964.  The college’s original library was housed in Walker Hall and later was moved to Sanford Hall at the Cochran campus, before making its permanent home in the new three story building.  An addition to the Roberts Memorial Library was completed in 1991.

The most recent renovation planned for completion in several phases beginning in May 2015 was concluded in January 2021.  The Roberts Memorial Library’s recent renovation had a project budget of 5.08 million dollars and resulted in a two-story learning commons which features reorganized print book and multimedia collections, special collections consisting of local history and genealogical research items, additional options for high-tech individual and group study areas, and a variety of lounge and collaboration spaces.  The renovated Roberts Memorial Library building is now home to:

The Roberts Memorial Library renovation also improved access to all floors of the building with improved ADA accessibility, a more centrally located elevator, new restrooms, and a sloped landscape entrance plaza guiding visitors to a variety of entrance points to the building.