Hancock Branch of the Twin Lakes Library System in the Spotlight! 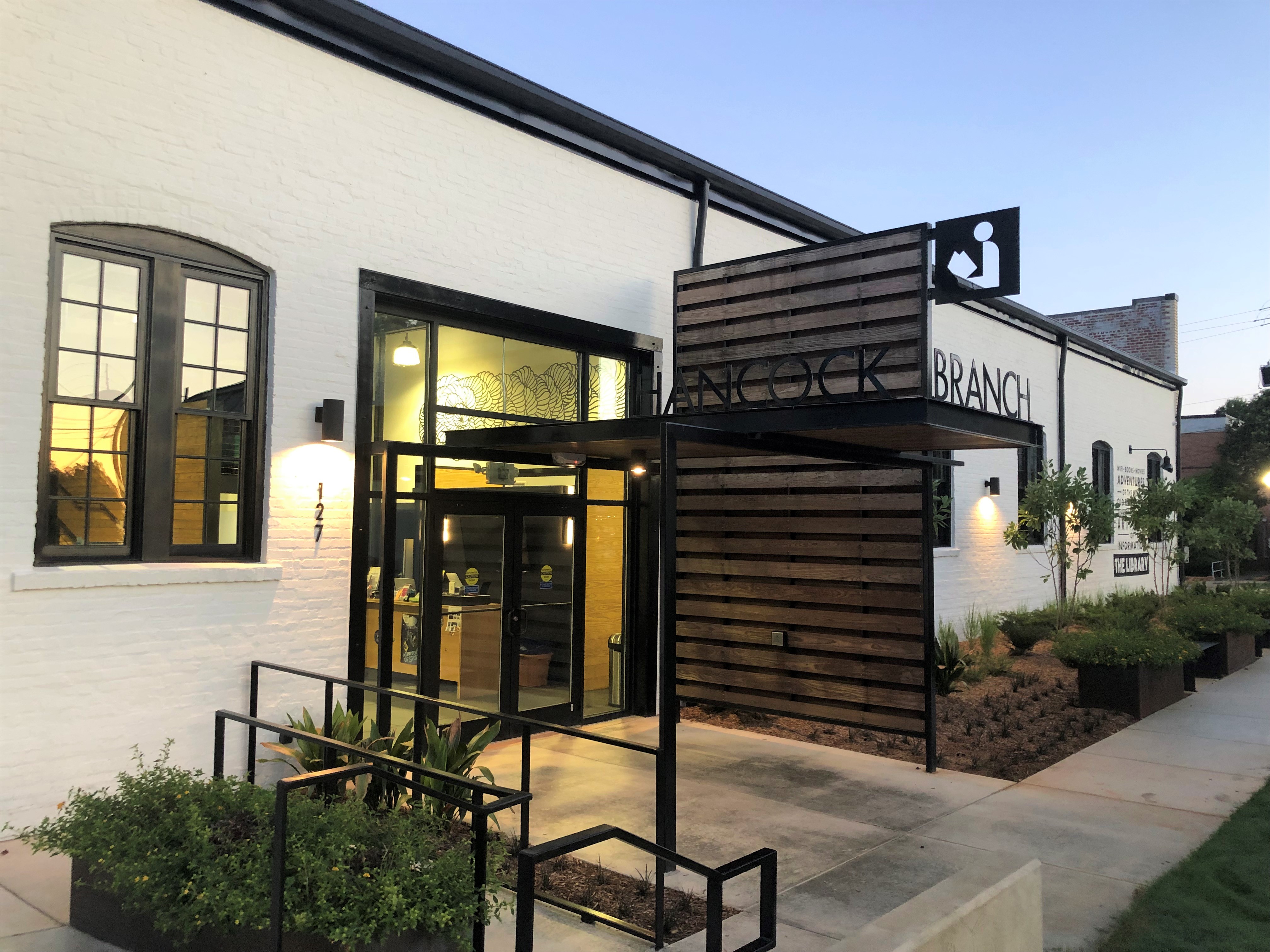 The newly opened Hancock Branch, part of the Twin Lakes Library System, is located in the heart of downtown Milledgeville, Georgia.

A collaborative project between the City of Milledgeville, TLLS, and architecture firm Arcollab, this branch is housed in an historic building on Milledgeville’s mainstreet. Originally a car dealership built in 1919, the building has lived many lives, most recently as city offices and storage. In restoring the envelope and layout of the building, attention was paid to preserving historic details while implementing a program that meets the needs of a modern library. The original trusses, pressed-tin ceilings, millwork, and terracotta tiles were uncovered and restored to their former glory. An outdoor mural was added to replicate a car advertising mural from the 1940s and 50s. As a recent winner of the Georgia Downtown Association’s 2019 Award of Excellence for Best Public Improvement Project, the Hancock Branch is a unique example of an adaptive reuse project for public libraries in Georgia. At 7,328 sq. ft of overall space, the building adds another gem to downtown Milledgeville.

The building serves many functions for the library, including housing a business incubator (funded by the Community Foundation of Central Georgia and the James S. and John L. Knight Foundation), a makerspace, a teen space for afterschool programs, hosting film screenings and Summer Reading Club events, administrative offices, and as a community performance space. The services and programs in this branch allow the library system to attract new patrons and expand its impact in the community, adding value to local residents’ tax dollars.

Founded in 1939, the Twin Lakes Library System serves the residents of Milledgeville and Baldwin County. With 3 branches and almost 100,000 visits in 2019, it continues to be a vital part of the local community. A recent winner of two Knight Cities Challenge grants for civic engagement projects, an IMLS-funded grant for testing innovative rural broadband technologies, and serving as a pilot site for testing student digital cards and a library-driven ebook platform, TLLS excels at delivering innovative and engaged service to its patrons.

For more information about the Twin Lakes Library System, visit our website at www.tllsga.org/ or our Facebook Page at www.facebook.com/twinlakeslibrarysystem/.